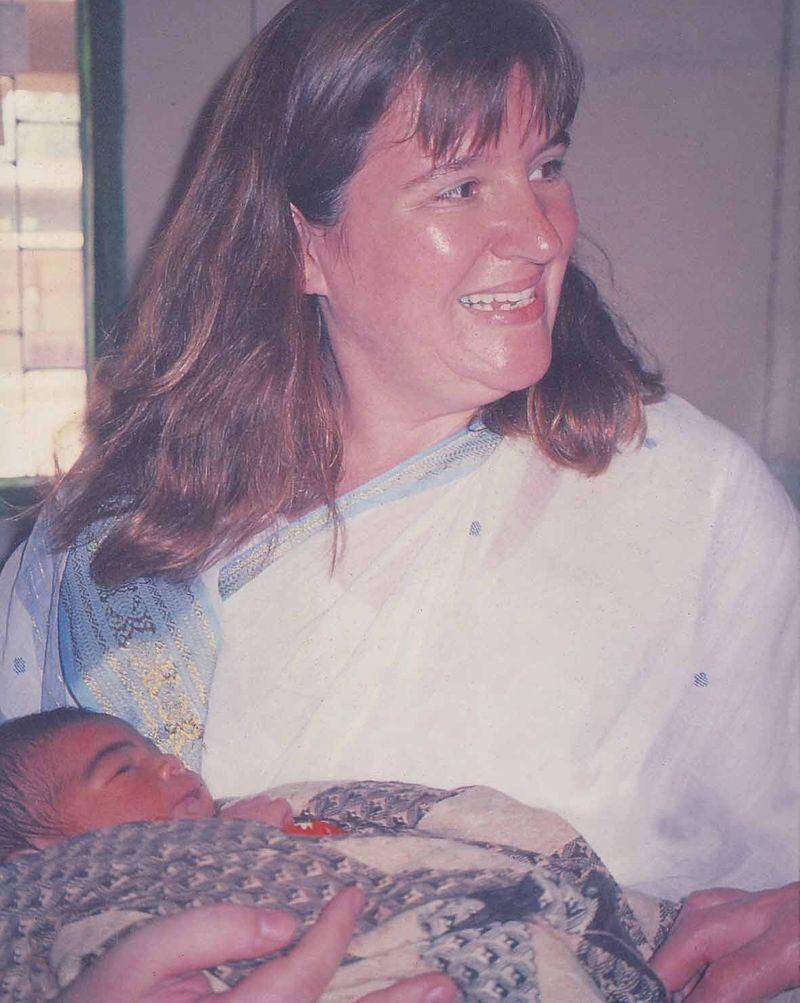 Bianca — December 29, 2011 — Social Good
References: pebblechild
Share on Facebook Share on Twitter Share on LinkedIn Share on Pinterest
Samantha Morshed, MBE, is the CEO of Hathay Bunano and founder of PebbleChild, which we recently wrote a business profile on. Intrigued by her story, and eager to learn how she generated such a huge following (Pebble has over 17,000 likes on Facebook!), we asked Samantha a few questions, including where her inspiration comes from, in the interview below.

3 Questions with Samantha Morshed, Founder of Pebble and CEO of Hathay Bunano


1. How did the idea for the business model come about, and how did you decide to join this sector?
For the past couple of decades I had visited Bangladesh and seen donor-funded projects that involved village women making mostly stitched items which, while well-made, had not been geared to a specific market and did not have consistency in their quality. I thought about how I could get involved for many years before finally, for other reasons, my family moved en masse to Bangladesh and it was time for me to put these ideas into practice.

I learnt to knit when I was three-years-old -- before I went to school -- and I’ve been knitting and crocheting ever since. So it seemed natural that the product we would make would be knitted and that I would start to teach women how to knit.

It was important that the project be sustainable since craft-style projects were no longer popular with the international donor organisations, and since we wouldn’t be able to fund a project for any length of time. It therefore started as something of an experiment. The idea was to demonstrate that with only $500 it would be possible to set up and run a project that would very quickly become sustainable, and with the proceeds, further expansion would be possible. I wanted to demonstrate that it is possible to create good quality employment for rural women who may be illiterate or semi-literate, and that this could be a viable business model that would hopefully encourage others to follow.

In 2004, when Hathay Bunano started, social business was in its infancy and so this wasn’t an influence on the model we created; rather, it was a movement that we found we fit into as time went on.

2. How do you get your inspiration?
Inspiration for products is a process. Pebble isn’t about me being creative and showing the world what I like. When you employ more than 5,000 women you have a sense of responsibility and they must be kept in work because their families depend on that work.

Pebble has a colour palette that is consistent, and which I think helps customers recognise our products. Often we take items familiar as childrens toys and then make them knitted. Other times we look for existing gaps in the market and then develop products to fill that gap. We always use customer feedback with samples before moving to production or including a product in our catalogue. We cannot afford to have a product that doesn’t sell, and so we do a lot of customer testing before releasing a product.

Once I have an idea of the type of product that we are going to make and I’ve chosen colours, then I sit down and knit or crochet the idea. I always make the first piece without a pattern and then write the pattern afterwards. This gives me the creative freedom to make changes as I work. Knitted and crochet toys are 3D and very tactile and the feel and texture are an important part of the toy. For this reason I think it's very difficult to follow a traditional product development model with 2D drawings and patterns.

It may need several attempts to get the toy right and then once I think I’m happy with it, I like to ‘live’ with it for a while. I have it sitting around my house and look at it as I pass and pick it up and change its position for a few days before sending it to our sample room.


3. How do you reset yourself to be creative? Do you have any rituals?
I knit and crochet all the time and one idea tends to lead to another. Often while I’m making something I’ll have several ideas for new pieces I want to make and I list them. This applies both to things I make for myself and my home as well as to toys for Pebble. I started a Brown Owls group in Dhaka (Brown Owls was started in Melbourne by Pip Lincolne) and this is a great way for me to be creative with other people and I really enjoy that.

Will Baxter, Co-Founder of I AM. (INTERVIEW)