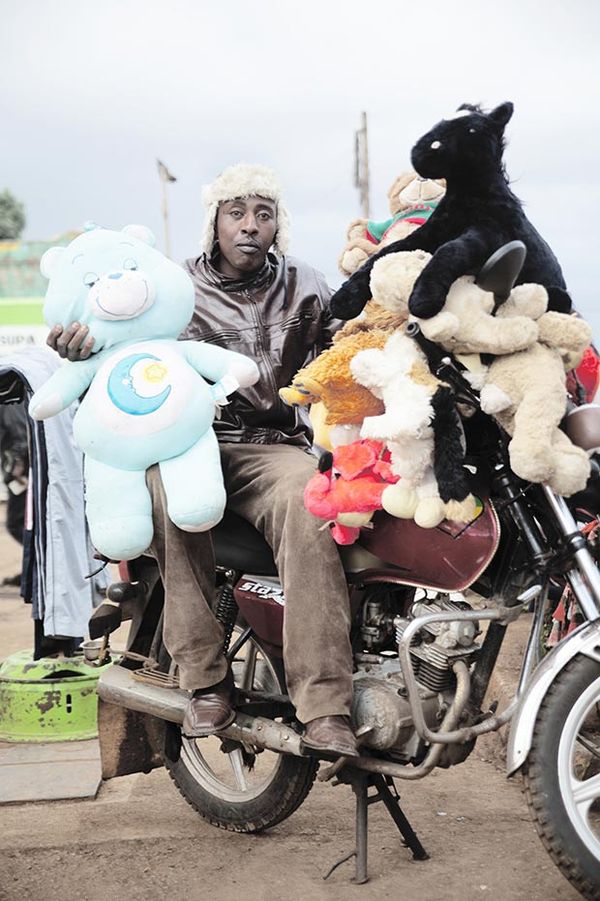 These candid door-to-door portraits of salesmen were captured by photographer Filippo Romano. Wanting to document the salesmen of Africa, Romano’s fascinating salesmen photo series ‘Nomadic Sellers’ was mostly shot in eastern Nairobi, in a slum called Mathare. With a population of 600,000 people in such a tiny space, the job of these salesmen is tough and hectic.

Selling things like medicine, Chinese lampshades, pesticides, SIM cards and mobile phones, the series in powerful because it shows the needs of humans around the world.