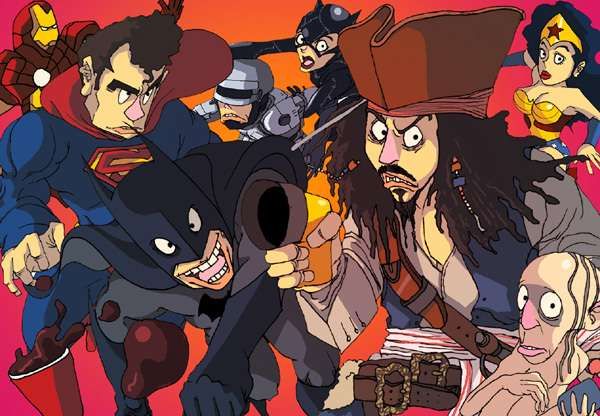 Sakiroo Choi runs SAKIROOPICTURES, a company that sells T-shirts based on his cartoon designs. In a sample of Sakrioo Choi's 2011 work, he showcases his versatilty through the recreation of a series of superheroes (Superman, Batman, Iron Man, Wonder Woman, Robo Cop) as well as many different characters he has created (four ogre-looking co-workers sharing an awkward drink in a bar).

His character design gives off a fun-loving, comedic, colorful mindset and it's easy to see why Sakiroo Choi has a burgeoning career in T-shirt design. His images are perfect for the quirky and loud graphic tees that have been a fashion staple since the early 2000s.
4.4
Score
Popularity
Activity
Freshness
View Innovation Webinars