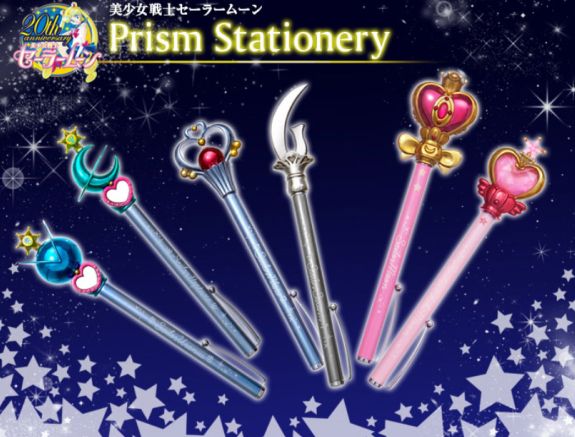 Laura McQuarrie — February 26, 2014 — Marketing
References: p-bandai.jp & en.rocketnews24
Share on Facebook Share on Twitter Share on LinkedIn Share on Pinterest
The release of the new animated Sailor Moon cartoon has been delayed until the summer of this year, but Bandai is continuing to release Sailor Moon merchandise to keep up the excitement. Periodically, the company has put out Sailor Moon-themed items like chopsticks, lingerie, makeup over the last year and now, writing utensils.

The pens are designed in the shape of wands from the 90s cartoon, including Sailor Moon’s own pink moon rod, as well as the darker wands of Sailor Scouts like Uranus, Neptune, Pluto and Saturn. The pens are extendable and truly do become more wand-like.

The sets go for about $27 on Bandai and the first batch was so popular, it ran out immediately. Orders for the second batch of Sailor Moon pens will be taken until March 24th, with delivery anticipated in May.
4.2
Score
Popularity
Activity
Freshness
Jeremy Gutsche Keynote Speaker