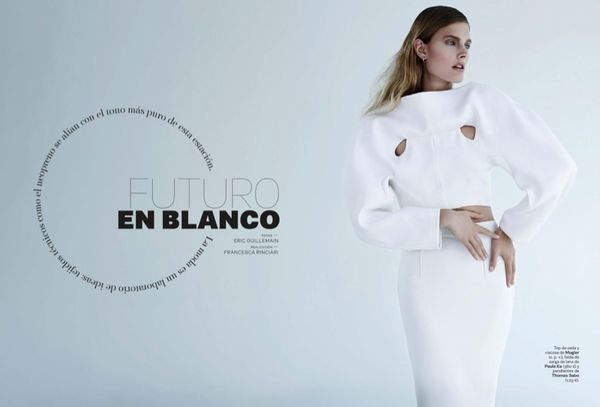 Meghan Young — December 4, 2013 — Fashion
References: smoda.elpais & fashiongonerogue
Share on Facebook Share on Twitter Share on LinkedIn Share on Pinterest
The S Moda December 2013 editorial focuses solely on all-white ensembles, which, some might believe, are in total violation of the labor day rule. Yet what would be more of a transgression is if these outfits didn't see the light of day at all. Incredibly modern and sophisticated, the alabaster outfits are made for the winter season. In fact, a woman will surely feel sexy and ethereal in such attire.