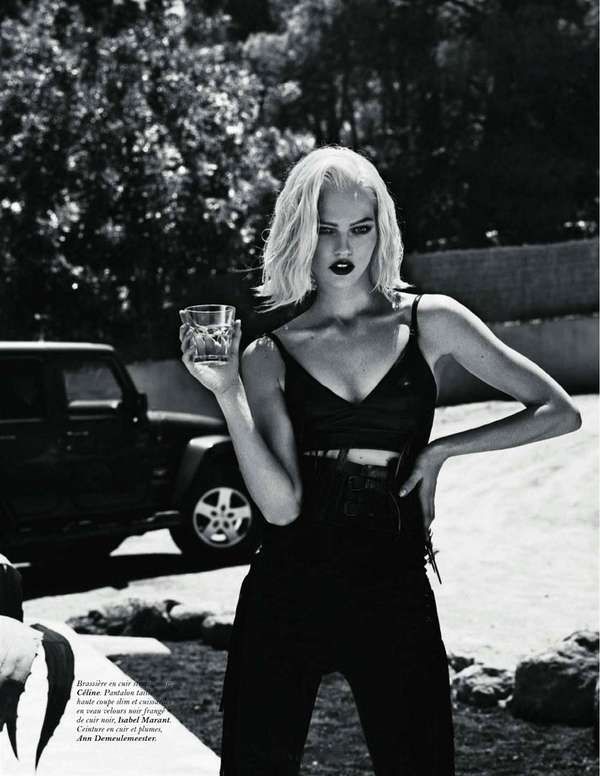 The modern take on the original Material Girl's edgy leather looks found in this shoot come from some of the finest haute designers, including Mugler, Louis Vuitton and Isabel Marant. With bright-red lips inspired by Madge and Marilyn Monroe, the two models aren't afraid to bare a little skin in these steamy poolside shots.

With Halloween coming up, now is the perfect time to start looking for the perfect pop icon costume. Though you might want to cover up slightly more than these blonde bombshells for your monster ball, the Anja Rubik and Sasha Pivovarova Vogue Paris October 2011 shoot is a great place to start for some awesome ensemble inspiration.
6.6
Score
Popularity
Activity
Freshness
View Innovation Webinars