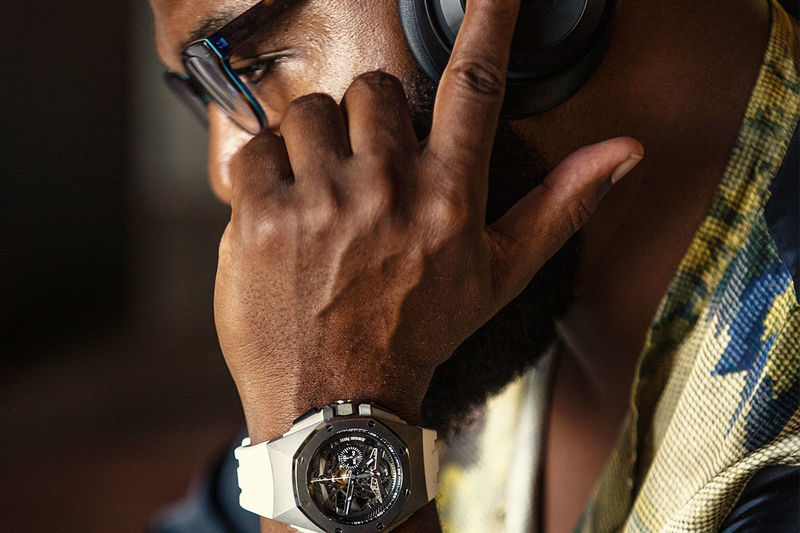 Amy Duong — November 28, 2018 — Fashion
References: audemarspiguet & highsnobiety
Share on Facebook Share on Twitter Share on LinkedIn Share on Pinterest
Swiss watchmaker Audemars Piguet turns its attention to hip-hop culture when creating the new Royal Oak Concept collection. The growth of hip-hop grew vastly over the span of 40 years rooted in the Bronx, New York that center around a heavy beat. The Royal Oak Concept timepieces include the "Tourbillon Chronograph Openworked Selfwinging" piece designed for men in the tonal options of white, red, or blue, and the "Flying Tourbillon" watch for women in white gold completed with diamonds in either a baguette style of a brilliant cut.

The Pool is a creative agency and it designed a selection of bags to accompany the timepieces along with a film series for an additional tribute. The film follows three different themes of 'The Beats,' 'The Rhymes,' and 'The Breaks,' which highlight the overarching inspiration from different angles.
3.6
Score
Popularity
Activity
Freshness
Jeremy Gutsche Keynote Speaker