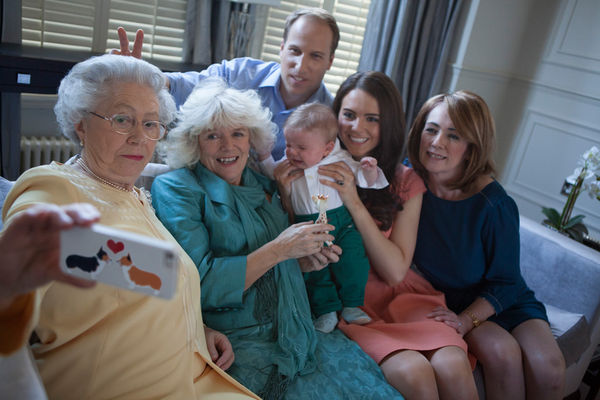 This Regal Selfie Was Unfortunately Just Snapped by Royal Look-Alikes

Laura McQuarrie — April 10, 2014 — Pop Culture
References: dailymail & prexamples
Share on Facebook Share on Twitter Share on LinkedIn Share on Pinterest
If you didn’t know that these selfies were taken by a bunch of royal look-alikes, you could easily be duped into thinking they were the real thing. The photos are part of a Mother’s Day stunt by NotOnTheHighStreet.com and shot by Alison Jackson.

The images imagine Queen Elizabeth’s very first Mother’s Day with her eight-month old grandson, Prince George. In the candid shots, the fake Queen proves herself to be one hip grandma, as she poses for a selfie with William, Kate and little George.

Although the images are unfortunately not real, they feature the best of the best impersonators, including the UK’s official Kate Middleton look-alike. Prince George and his parents have just started to make a few more public appearances and play dates now, but it’s unlikely that we’ll get real behind-the-scenes shots like these for Mother’s Day.