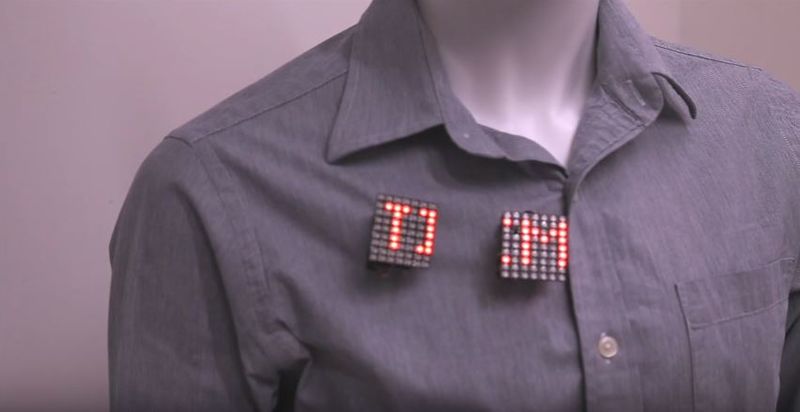 Joey Haar — October 20, 2016 — Tech
References: dl.acm.org & engadget
Share on Facebook Share on Twitter Share on LinkedIn Share on Pinterest
In Disney films, cute little critters hang around with the protagonists, even going as far as to climb on them, and Rovables from Stanford and MIT offer the same experience, only with robots. Designed as a counterpoint to the increasingly popular wearable devices on the market today, the Rovables take that sensory input a step father as completely mobile robots rather than stationary, single-purpose devices.

The concept robots attach to people's clothing via a magnetic series of pins, two on the outside of the clothing and one on the inside, that attach to each other through the material. They can they roam all around that piece of clothing.

More than just a gimmick though, the Rovables have sensors that can collect relevant and useful information. Further, the robots can be equipped with LED screens to connect and display that information on a user's body.
3.8
Score
Popularity
Activity
Freshness
View Innovation Webinars