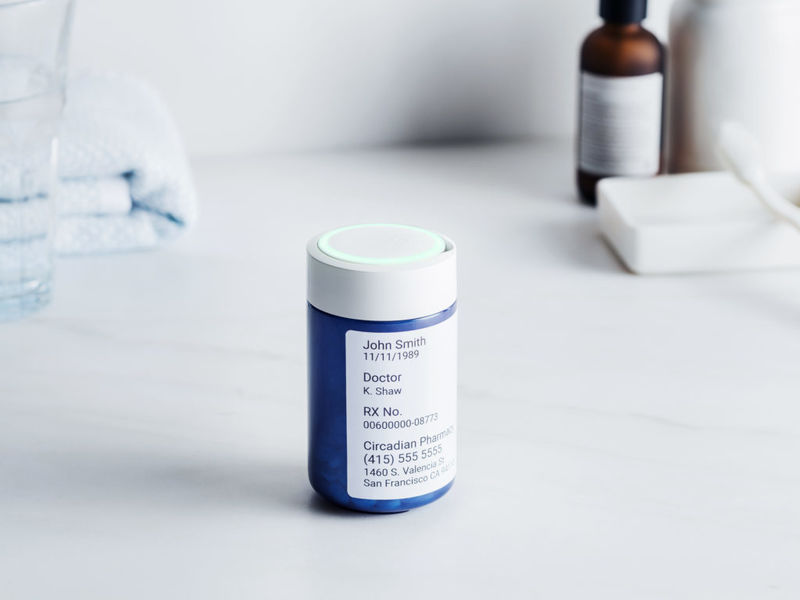 Round Refill comes with two pieces of hardware: a "smart coin" and a refill bottle. The smart coin contains a circuit board and LEDs that communicate with the app and light up as a reminder to take the pills. It attaches to the lid of the refill bottle, which itself contains a battery. The refill bottle is replaced monthly as part of Round Refill's service so that users never need to replace or charge the battery.

Round Refill takes care of the medication process by activating LED alerts when it's time to take a pill, pings the smartphone app whenever the refill bottle is opened and pills are taken, and orders a fresh prescription when the bottle is finished.
0.9
Score
Popularity
Activity
Freshness
Get the 2021 Trend Report FREE