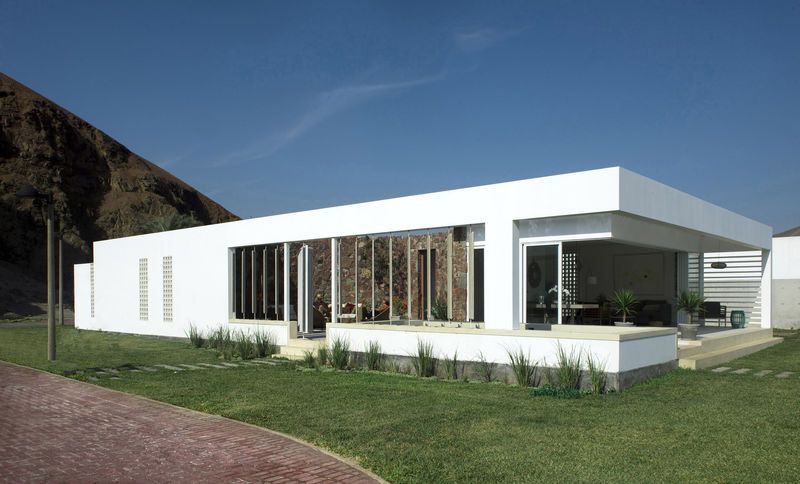 The Ronda House has a Central Column Built from Red Stone

Joey Haar — September 4, 2017 — Art & Design
References: archdaily
Share on Facebook Share on Twitter Share on LinkedIn Share on Pinterest
The Ronda House, a vacation home in Cerro Azul, Peru, looks like a dream from eighties futurism at first glance, but the home hides interesting textural depth on closer examination. Though it's surrounded by a sleek and low-slung white facade, that facade surrounds an arced red stone column that contrasts distinctly against the otherwise smooth surfaces.

Ronda House sits at the base of Cerro Colorado, a hill of red clay and stone. In homage to that natural beauty, Marina Vella Arquitectura Urbanismo, the studio behind the project, decided to build a traditional structure out of similar red stone. However, there are strict building regulations in the area, including the necessity to build in white, so the architects thought outside the box and opted to create the white facade surrounding that more authentic piece of architecture.
4.8
Score
Popularity
Activity
Freshness
Get Trend Hunter Dashboard