From Late Night to Prime Time
Next
Set of
Related
Ideas 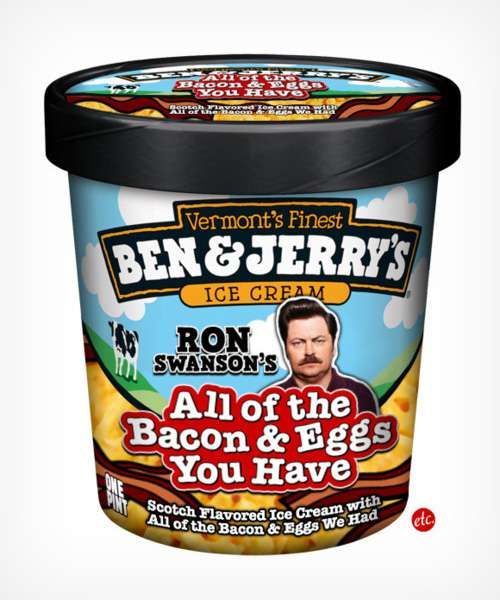 Fans of NBC's Parks and Recreation will know that Mr. Swanson is a food aficionado; the only problem is that all of his favorite foods are high in calories and cholesterol. Now add to that his very own ice cream and the physical well-being of Ron may be in danger.

Hilarious Expressionless Headshots
The Many Faces of Ron Pays Tribute to Mr. Swanson