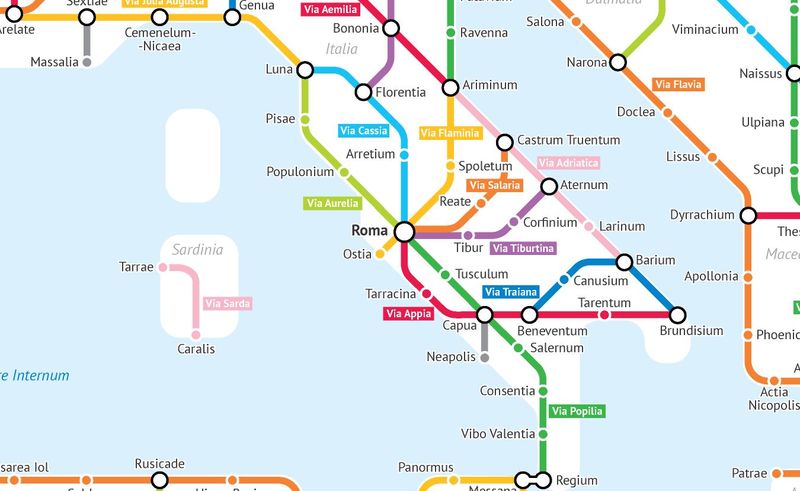 Joey Haar — June 29, 2017 — Art & Design
References: sashat.me & boingboing.net
Share on Facebook Share on Twitter Share on LinkedIn Share on Pinterest
The Roman Empire is ancient history, but the former world power continues to have an almost mythic influence on culture today, so designer Sasha Trubetskoy has given the dusty empire a much-needed infrastructural update with his Roman subway map. The creative project reimagines the known major roadways of the Roman Empire as lines in a metro system, with the biggest cities in the empire representing stations.

In researching the Roman subway map, Trubetskoy focused on the empire circa 125 AD, which is within the civilization's peak. At that point, Roman had an extensive system of major and minor roadways that extended through much of Europe, the Middle East, and North Africa. The Roman subway map includes the largest cities in this expansive network, and it even has a nod to its historical hindsight by including roads that would be built later on.
1.7
Score
Popularity
Activity
Freshness
Access Advisory Services