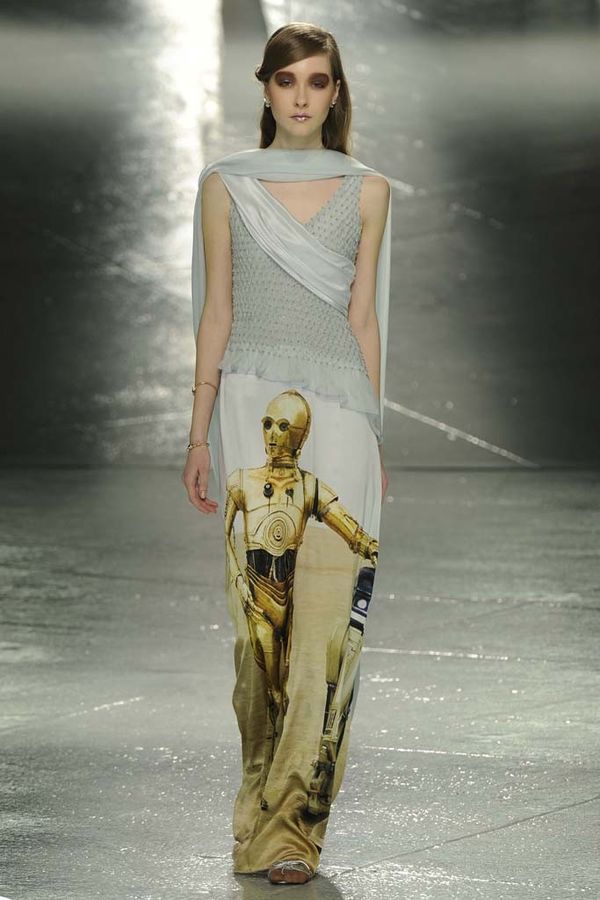 The Rodarte Fall 2014 Collection Takes Cues from a Galaxy Far, Far Away

There were plenty of silhouettes that were throwbacks to the 80s, but the real delight came at the show’s finale, with five dresses printed with Star Wars motifs, including the twin Tatooine Suns, the Death Star, Yoda, C3PO and Luke Skywalker.

As much as these Rodarte looks are a fun blast from the past, they also offer a glimpse into the future too, since the new Episode VII Star Wars film is set for release in 2015.
4.7
Score
Popularity
Activity
Freshness
View Innovation Webinars