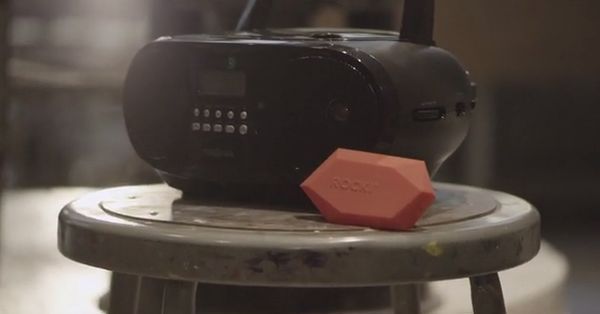 ROCKI Turns Any Speaker into a WiFi Sound System

Laura McQuarrie — March 26, 2014 — Tech
References: kickstarter & myrocki
Share on Facebook Share on Twitter Share on LinkedIn Share on Pinterest
ROCKI is a small WiFi-enabled gadget that turns any speaker, new or old, into a wireless speaker system. From there, with the help of an WiFi connection and the free ROCKI app, you can enjoy music all over your home without cords, wires and the inevitable tangles that come with them.

ROCKI’s successful crowdfunding project on Kickstarter raised an astounding $200,000 in just three weeks, which was well above its initial $50,000 target and stretch goal.

With such overwhelming support and interest the project, ROCKI has now confirmed that it is working with popular music streaming services Spotify and Deezer to give users even more musical choices and freedom. A single gem-like ROCKI plug-in is available online for $49 and ships worldwide, with seven bright colors to choose from.
3.6
Score
Popularity
Activity
Freshness
View Innovation Webinars