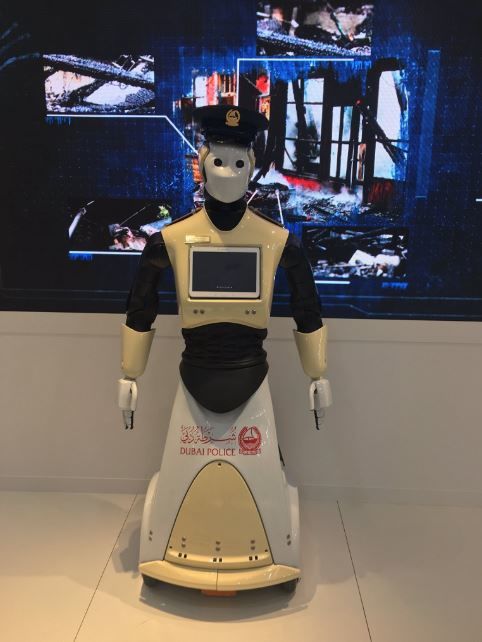 Joey Haar — October 19, 2016 — Tech
References: emirates247 & mashable
Share on Facebook Share on Twitter Share on LinkedIn Share on Pinterest
Dubai, the city in the United Arab Emirates, has earned a reputation over the years for its futuristic architecture and technology, and the city's new plan to introduce robot cops is yet another instance of its technological precocity. Announced at GITEX Tech week, the largest technology conference in the Middle East, the robot cop should be on the streets of the desert city by 2017.

Based on images of the police robot, it seems unlikely that it will serve to actively fight crimes. With a somewhat humanoid appearance, albeit featuring Segway-like wheels rather than legs, the robot will likely be geared toward service capabilities. Equipped with a friendly face and an interactive touchscreen, the Dubai governments hopes the robot will be an approachable presence for citizens.
4.2
Score
Popularity
Activity
Freshness
View Innovation Webinars