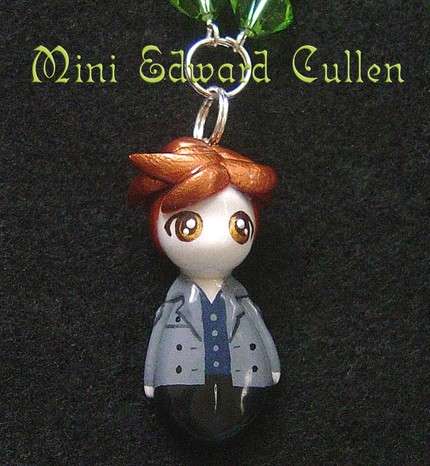 Bianca — December 9, 2008 — Art & Design
References: etsy
Share on Facebook Share on Twitter Share on LinkedIn Share on Pinterest
You knew it was bound to be created: Robert Pattinson mosaics! The teen heartthrob has been the muse of so many products and art creations of late, it's no surprise the Twilight idol has now been the inspiration for not one, but multiple photo mosaics.

A quick search on Etsy.com revealed several dozen Robert Pattinson-inspired art projects, being sold from one Edward Cullins fan to another. In addition to photo mosaics, the gallery shows everything from Robert Pattinson portraits on notebooks to paintings and even an altered Twilight book.