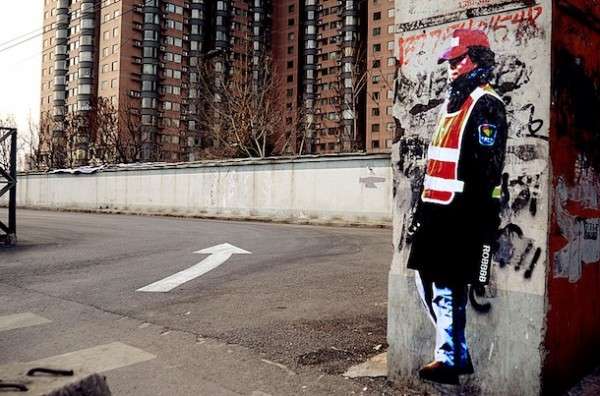 Sarah Nazim — May 8, 2012 — Art & Design
References: robbbb & visualnews
As China continues to embark on evolutionary change, street artists also continue to express their desire for social change through their art. In these photos, a Beijing artist by the name of ROBBBB decided to design pieces that would encourage people to reflect, while giving life to old city walls. His paintings vary from more serious tones, such as the picture with the hand giving the middle finger that reads “handle with care” to more visually soothing ones, such as the ballerina portrait.

ROBBB’s street art techniques are rather surreal and life-like, and they add beauty to the city of Beijing. He views his art as a way of reaching out and building a two way connection with others in the city. He elaborates on this concept on his site, stating that "when people are affected by and begin to think as a result of looking at one of my works… that’s the start of an exchange… that’s what gives meaning to my work."