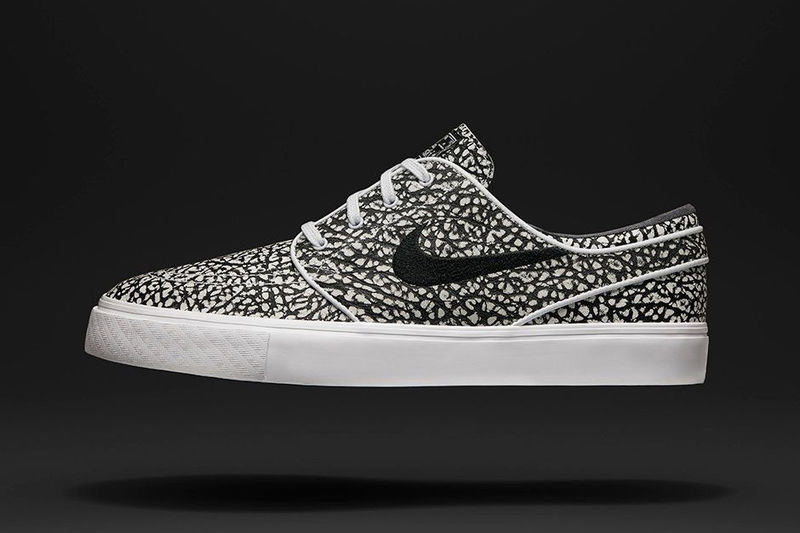 Riley von Niessen — August 12, 2016 — Fashion
References: nike & hypebeast
The Nike SB model has been subject to a vast variety of themed updates, now including the 'Road Pack' which is driven by an exploratory mindset.

Previous versions of this were seen in a model that was inspired by vintage car seat covers as well, however the Road Pack takes on a much more subdued colorway that arguably makes it more versatile. Black and white make up the whole of the upper, working to create a cement-like pattern that is sustained through the cracked appearance.

While one version carries this through its entirety, another uses it as an accent on the toe and heel. The rest of the latter's colorway is completed with pure black in the middle that's penetrated with a white Nike swoosh. In addition to this, its sole is marked with blue and gray hues, whereas the all-patterned version's is completely white.
2.1
Score
Popularity
Activity
Freshness

Basketball-Celebrating Shoes
These Shoes Were Designed to Celebrate Kyrie Irving