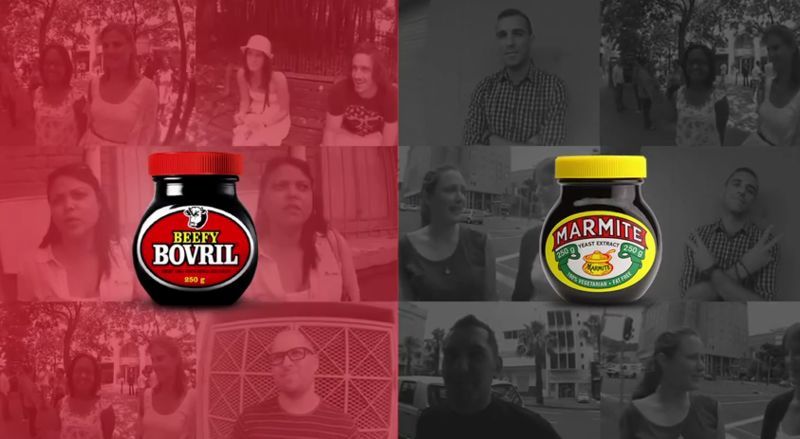 Laura McQuarrie — July 15, 2015 — Marketing
References: marmite & adsoftheworld
Share on Facebook Share on Twitter Share on LinkedIn Share on Pinterest
When there's more than one brand that dominates a category, consumers are often faced with the decision of choosing between rival products. Whether it's a type of drink, a shoe or a particular clothing brand, many people are prepared to swear allegiance to a certain product.

Despite being direct competitors in South Africa, Marmite and Bovril banded together for the creation of a humorous 'Battle of the Spreads' on social media.

The campaign involved creating witty images and text using a copywriter, designer and social media manager. As the battle got rolling over the course of three days, celebrities, media personnel and serious fans chimed in, showing off photos of tattoos of a particularly beloved spread jar brand.