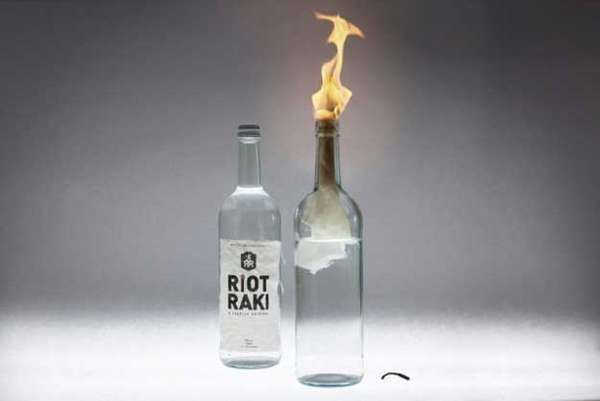 The Riot Raki Brings Awareness to Social Unrest in Turkey

Meghan Young — July 3, 2013 — Unique
References: cargocollective & psfk
Share on Facebook Share on Twitter Share on LinkedIn Share on Pinterest
The Riot Raki may appear to look like a common bottle of Raki, a popular anise-flavoured hard alcohol in Turkey, but it has been given a rebellious makeover. Inspired by the increasing civil disorder gripping the streets of Turkey, the Riot Raki is essentially a molotov cocktail kit. The label, which is cloth instead of paper, easily peels off in order to be stuffed into the neck of the bottle and lit as an incendiary weapon.

Created by artist duo Manuel Urbanke and Maximilian Hoch, the Riot Raki also reflects the current alcohol debate taking place in Turkey. A clever concept through and through, it is not only socially aware, it is also well-designed. People will be attracted to the Riot Raki for a few reasons.
5.9
Score
Popularity
Activity
Freshness
Access Advisory Services