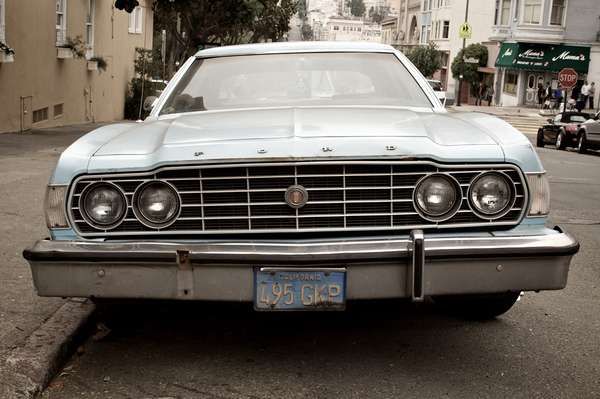 Emily Evans — August 24, 2011 — World
References: behance.net & behance.net
Share on Facebook Share on Twitter Share on LinkedIn Share on Pinterest
Some people argue that every time you visit a place there are new things to pick up on, and as far as Richard Marshall’s ‘San Francisco’ captures are concerned, that’s certainly true. Within each of these digitally photographed images, the famously hilled American city looks turned upside down both literally and figuratively.

This use of creative angles by Richard Marshall demonstrated his comfort behind the photographic lens, as well as his familiarity with San Francisco. For those who have travelled to this particular city before, Richard Marshall’s array of images are ranging enough so that viewers can pick out something new out of each capture.

Implications - Photographic projects that concentrate on one particular city or topic demonstrate their comfort and exploration of one genre or location. Companies who hope to appear influential and informed about one product or market should consider attaching themselves to one location as a base, while still upholding an online presence.
2.6
Score
Popularity
Activity
Freshness
Get Trend Hunter Dashboard