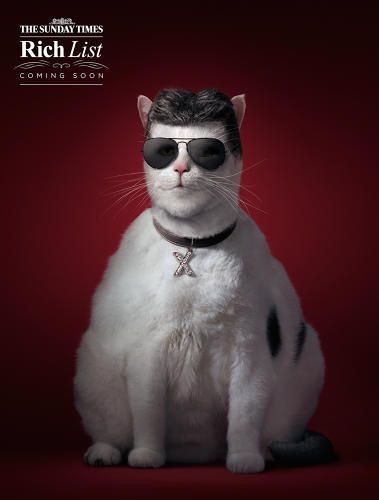 The purr-fectly photoshopped images of fur real felines were created as part of a campaign by Grey London, featuring the work of London based photographer, artist and director Tim Flach. The UK campaign, live meow, was written by Jo Sissons and Kate Allsop, with art direction by Miguel Gonzalez, photo retouching by Anthony Crossfield and creative direction from Dave Monk. The full Rich List 2014 will be available on May 11.
3.4
Score
Popularity
Activity
Freshness
Access Advisory Services