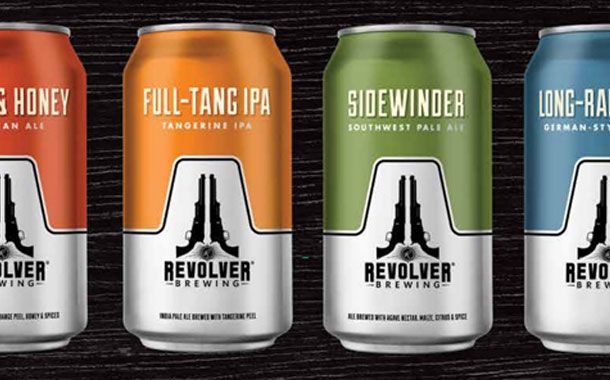 The new canned beers will come in four options including 'Blood & Honey American Ale,' 'Sidewinder Southwest Pale Ale,' 'Long-Range Pils' and the 'Full-Tang Tangerine IPA.' Each one is crafted with a distinct attention to premium ingredients and robust flavor that will be appreciated by beer enthusiasts of all kinds.

Speaking on the new Revolver Brewing Company canned beer range, Co-Founder of the brewery, Rhett Keisler, said, "Texas is a big, hot, outdoor-friendly state, and there are a lot of opportunities here where we think cans will go that bottles can’t. Texans like cans -- they’re the fastest-growing segment of the craft beer market. They’re lighter, easy to transport and very beer friendly."