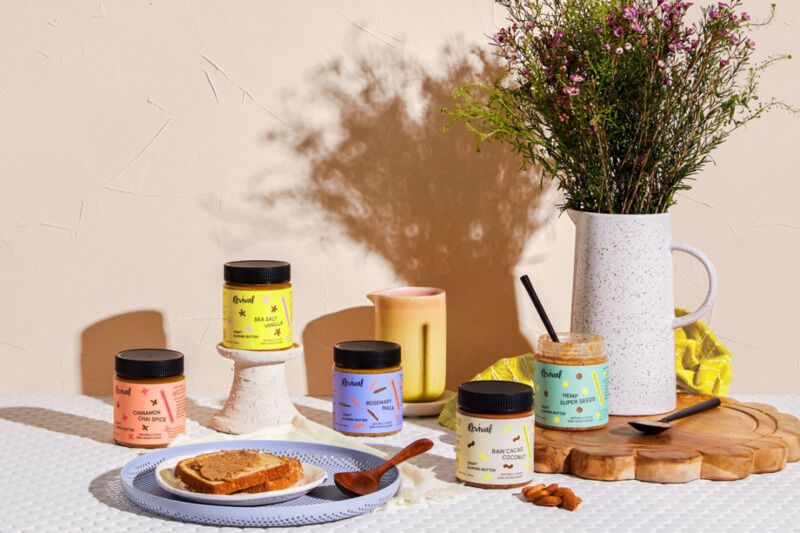 Laura McQuarrie — May 14, 2022 — Lifestyle
References: revivalfoodco & foodbusinessnews.net
Share on Facebook Share on Twitter Share on LinkedIn Share on Pinterest
Revival Food Co. crafts almond butter spreads with nutritious superfoods like hemp and maca, as well as next-level flavors like Sea Salt Vanilla, Cinnamon Chai Spice and Raw Cacao Coconut. The latter flavor is described as "a little chocolate cake fix without the afternoon crash," and it can be purchased on its own or as part of the clean, Whole30 Approved bundle.

Revival Food Co. is the brainchild of first-time entrepreneur Rachel Klein, who embarked on a health and wellness journey that included swapping peanut butter to almond butter. As Klein said, "I couldn’t figure out why almond butter was the boring, ugly stepchild of peanut butter. So, I just started making my own at home in a food processor.” Vanilla became the preferred sweetener and this ingredient partnered with coconut oil and sea salt to create the original nut butter recipe.
6.6
Score
Popularity
Activity
Freshness
Access Advisory Services