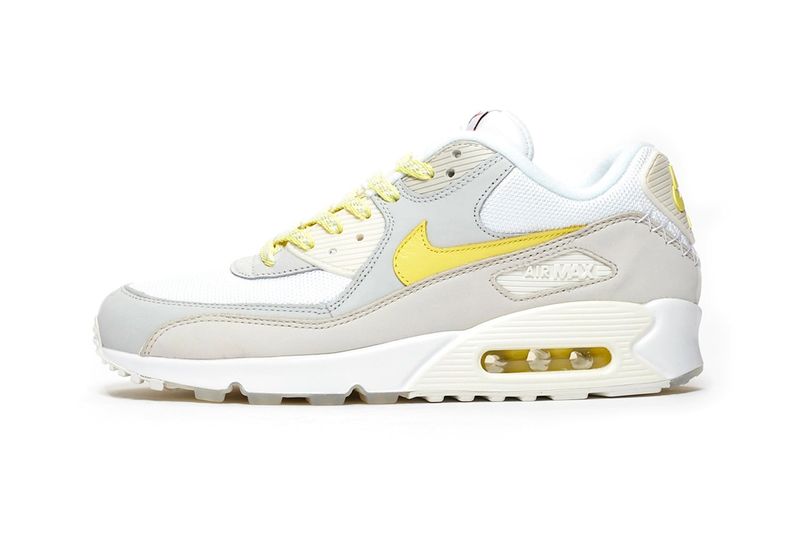 Amy Duong — June 11, 2019 — Fashion
References: sneakersnstuff & hypebeast
Share on Facebook Share on Twitter Share on LinkedIn Share on Pinterest
Nike has been dropping a series of nostalgic designs lately and its latest arrives in the form of the signature Air Max 90 model adorned in a theme that honors retro colorways. The latest boasts the name 'Mixtape' and the design also follows the same idea.

The brand celebrates some of the most iconic colorways of the model by adorning the clear outsoles with a list of eight 'mixtape-styled' names. It reads “OG Infrared,” “King Of The Mountain,” “Anniversary Cork,” “Moon Landing,” “Lemon Frost,” “Untold Truth,” “OG Ostrich” and “BRS Powerwall.” This theme also follows through at the tongue, where it reads "33 1/3 RPM" and "Side A" Additional details of the sneaker includes a gray leather and white mesh paneling at the uppers with 'Lemon Frost' accents at the Swoosh, laces, and heels.
2.7
Score
Popularity
Activity
Freshness
Get the 2021 Trend Report FREE