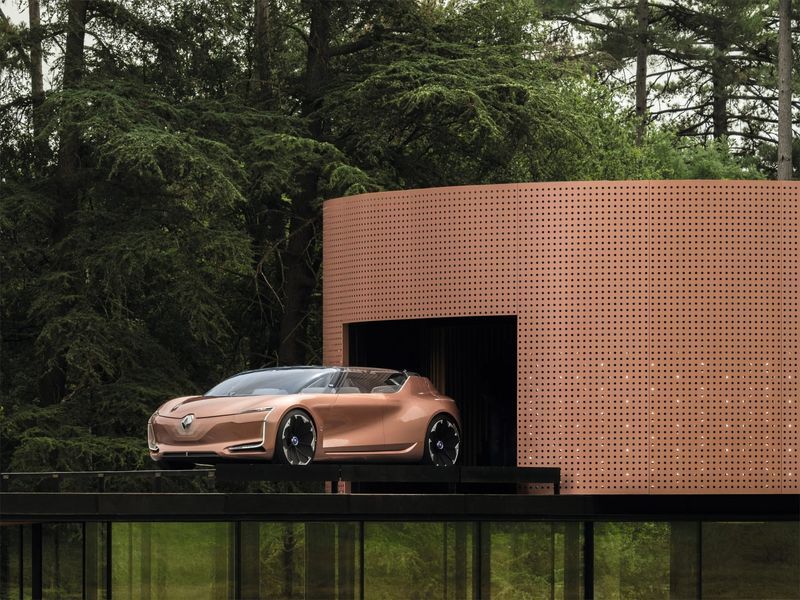 The Renault Symbioz Meshes With the Modern Connected Home

Joey Haar — September 16, 2017 — Autos
References: dezeen
Share on Facebook Share on Twitter Share on LinkedIn Share on Pinterest
Both smart homes and smart cars are poised to take over their respective marketplaces, but the Renault Symbioz is a vehicle that imagines a perfect merger of the two. Though, officially speaking, it's a concept car, the Renault Symbioz is the French automaker's attempt to imagine what would happen if intelligent cars and vehicles were purpose-built for one another.

The concept vehicle looks the part of a typical concept car — as paradoxical as such a thing might be. It's sleek, it features an uncommon layout, and it's packed with cutting-edge technology. However, what separates it from other concept vehicles isn't the car itself, but rather how it interacts with other devices on the internet of things. As smart homes become all the more common, the Renault Symbioz is meant to fit in with those tech-laden domiciles as much as possible.
6.3
Score
Popularity
Activity
Freshness
Get the 2023 Trend Report FREE