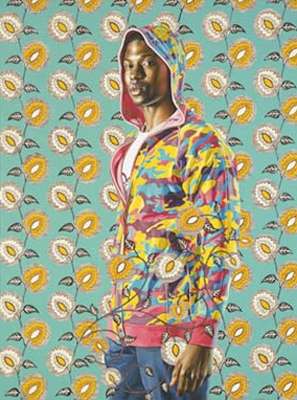 According to the artist’s statement, Wiley's “larger than life figures and interrupts tropes of portrait painting, often blurring the boundaries between traditional and contemporary modes of representation and the critical portrayal of masculinity and physicality as it pertains to the view of black and brown young men.”

Previously, Wiley has painted a portrait of Michael Jackson in the image of the Equestrian Portrait of King Phillip II. Wiley, a Los Angeles native now based in New York, studied Fine Arts at Yale University and has had his work exhibited internationally.
4.3
Score
Popularity
Activity
Freshness
Get the 2021 Trend Report FREE