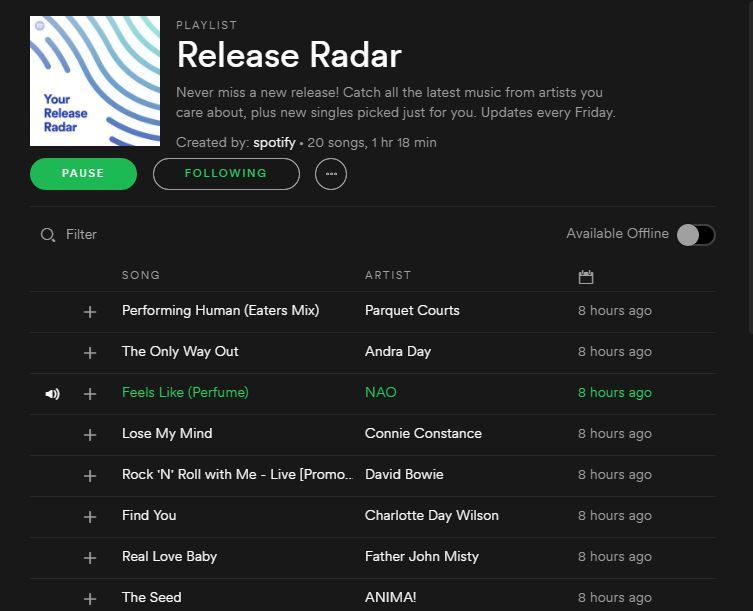 Joey Haar — August 6, 2016 — Lifestyle
References: news.spotify & engadget
Share on Facebook Share on Twitter Share on LinkedIn Share on Pinterest
With 'Release Radar,' Spotify is aiming to tighten its grip on the aspect of music streaming in which it is already ahead of the competition. Though the major music streaming service often gets beat to the punch for exclusive music releases by the likes of Apple Music and Tidal, Spotify's music-finding algorithms are head and shoulders above the rest, and Release Radar is another example of that.

Spotify users will already be familiar with 'Discover Weekly,' the approximately two hour playlist released every Monday that functions as a personalized, AI-built mixtape. Though Discover Weekly has received almost universally rave reviews from users, at only two hours long, people often ran out of things to listen to by the end of the week. Release Radar is released every Friday, filling that musical rest in users' sonic lives.