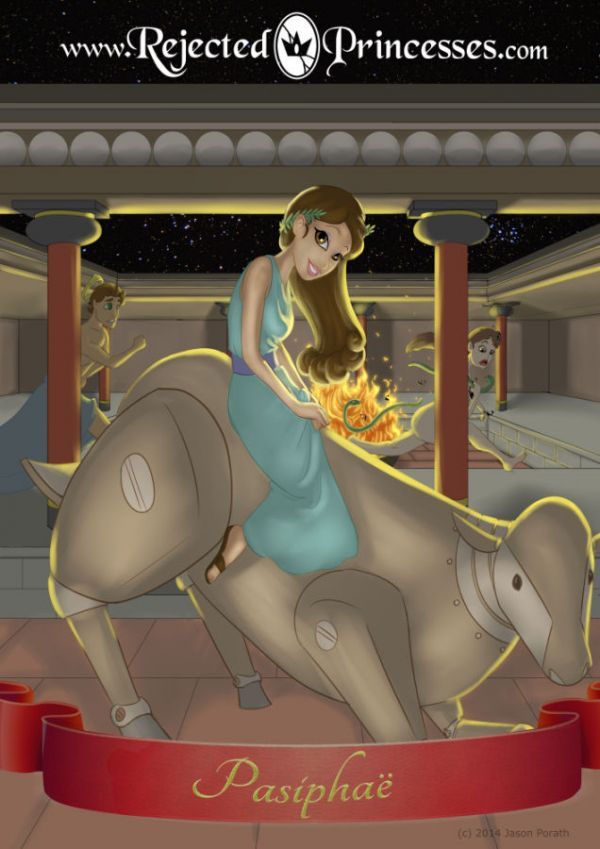 Rejected Princesses by Jason Porath Have Unsavory Back Stories

Meghan Young — July 2, 2014 — Pop Culture
References: rejectedprincesses & neatorama
Share on Facebook Share on Twitter Share on LinkedIn Share on Pinterest
There are many tales out in the world that depict women in a light that Disney has deemed unsavory for its young audience; the Rejected Princesses series imagines what it would look like if their stories were told by the iconic franchise. Illustrated in the style that has made the international company famous, these Rejected Princesses are hardcore heroines that teach different life lessons.

Created by illustrator, history/mythology buff and former DreamWorks animator Jason Porath, the Rejected Princesses series includes Mai Bhago, the Sikh warrior-saint who fought the Mughal army with forty fierce women, and Pasiphae, the immortal daughter of Helios and mother of the Minotaur cursed with desires to couple with a bull. Each character is accompanied by a comprehensive back story, which shows why they were not chosen by Disney.
6.9
Score
Popularity
Activity
Freshness
Jeremy Gutsche Keynote Speaker