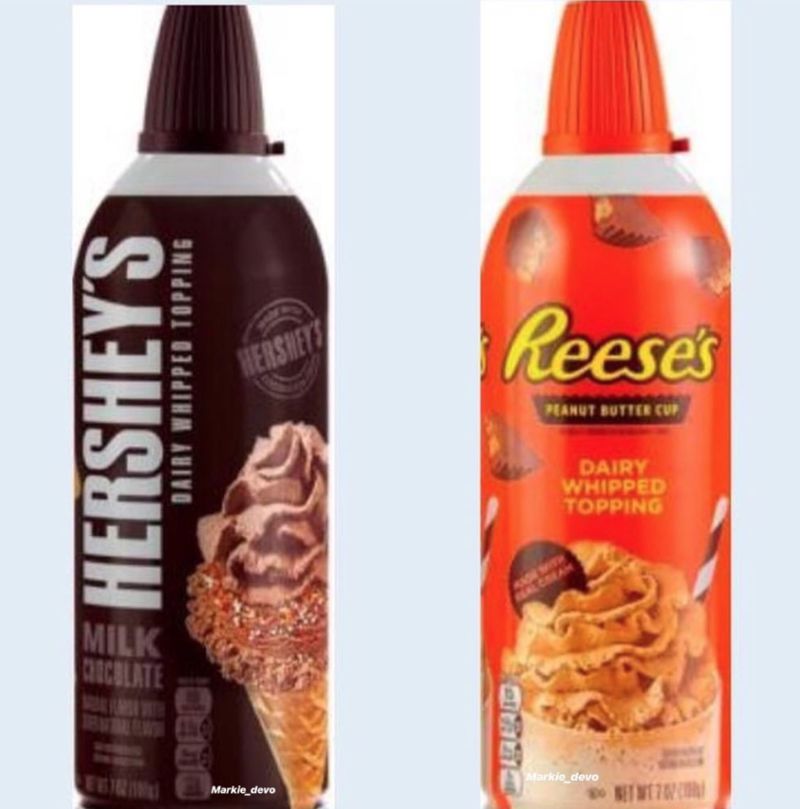 Katherine Pendrill — June 27, 2018 — Lifestyle
References: instagram & delish
Share on Facebook Share on Twitter Share on LinkedIn Share on Pinterest
Just when you thought dessert couldn't get any sweeter, it has been announced that fans will soon be able to top their favorite treats with Hershey's And Reese's whipped cream. Announced by the food Instagrammer Markie Devo, the new candy bar whipped creams will be available later this July.

While details are sparse, food bloggers are buzzing with the possibility of smothering everything sweet with a healthy dose of Hershey's And Reese's whipped cream. Just as the name suggests, the new products will take the flavor of each beloved chocolate bar and turn them into a dairy-based whipped topping that can be enjoyed on top of cakes, pies, sundaes, or nearly any other dessert.

While the products have not been officially released, they are expected to be available at retalers nationwide later this summer.