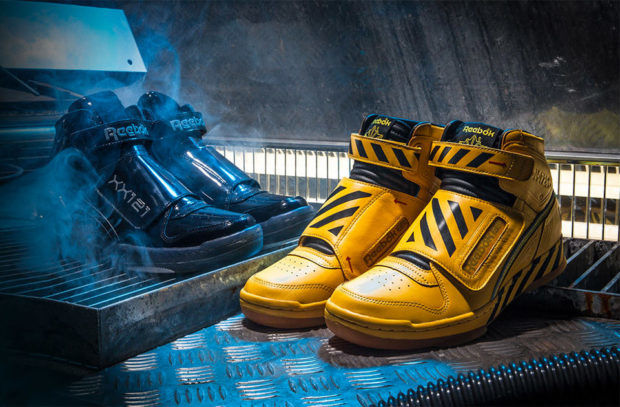 Michael Hines — April 29, 2017 — Fashion
References: reebok & technabob
Fans of the Aliens franchise will instantly get the inspiration behind the new Reebok Alien Stompers. For those who haven't seen the movie "Aliens," this double pack is inspired by the climactic final fight between Sigourney Weaver's character Ripley and the alien queen. The yellow kicks represent the robotic exoskeleton Ripley used to battle the black alien Queen. Reebok has released the shoes to celebrate the next installment in the franchise, "Alien: Covenant," which debuts May 2017.

The Reebok Alien Stompers are made of leather and will command a price of $325. That gets you two pairs of sneakers that are sure to be available in limited quantities and a collector's box with artwork from the franchise. The Reebok Alien Stompers go on sale July 18th, a full two months after the premier of "Alien: Covenant."
4.5
Score
Popularity
Activity
Freshness