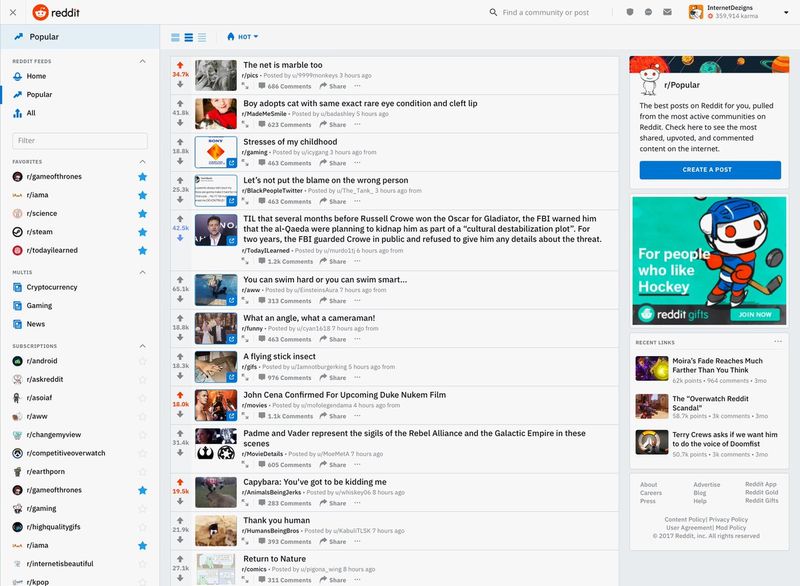 Justin Lam — April 5, 2018 — Tech
References: avclub & mashable
Share on Facebook Share on Twitter Share on LinkedIn Share on Pinterest
Reddit's design has stayed pretty much the same for the last decade or so, but a new Reddit redesign is finally on the way and is set to refresh the incredibly popular website. The new redesign will be officially rolled out on April 2, 2018, but the redesign has actually been in the works for the past year and a half. The Reddit redesign has drawn some ire from longtime users, but the website has guaranteed that it has no intentions of doing away with the old site and will even allow users to cling to the classic design.

The current design of the website can be quite daunting to new users, with its information heavy layout. The redesign is hoping to change this with a more streamlined layout with a more intuitive navigation panel and refined dashboard. The Reddit redesign will also change the way users interact with the site, taking design cues from Facebook. Card view displays will now show images and posts, and a compact view is being added for faster browsing of titles. Different fonts are being added to distinguish between internal and external links, and posts will now open in a lightbox instead of redirecting out of the site.