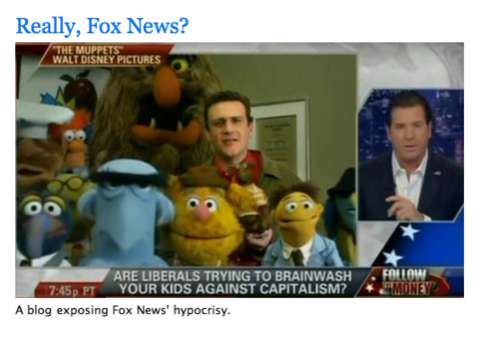 Featuring some truly outrageous and unbelievable headlines, like 'Are Liberals Trying to Brainwash Your Kids Against Capitalism?' which questions the supposed brainwashing tendencies of The Muppets movie.

The 'Really Fox News?' Tumblr was started over two years ago and states it "is committed to exposing the Fox News Corporation as a propaganda machine that knowingly broadcasts false, biased, racist, and factually incorrect information in order to further a warped, conservative political agenda."

Check it out for some laughs and even some eye-opening information.
1.7
Score
Popularity
Activity
Freshness
Get Better and Faster