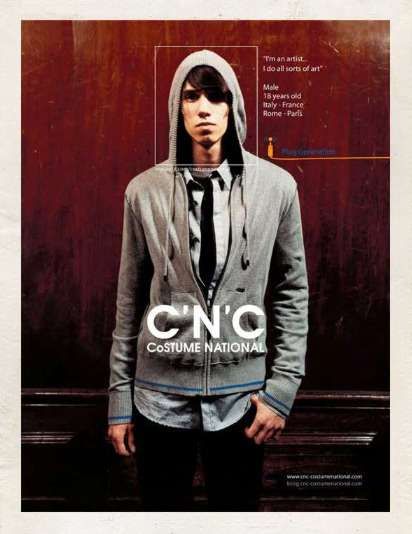 jelalyn — July 19, 2008 — Pop Culture
References: fashionweekdaily
Share on Facebook Share on Twitter Share on LinkedIn Share on Pinterest
Fashion designers and labels must be getting sick of big time models. Either that or they're realizing the marketing power that radiates from real people. It is becoming obvious that for the coming seasons, to be cast in ads and in runways, the more "real," the better.

Costume National is the latest label to cast fresh personalities for its Autumn/Winter 2008-09 ad campaigns. The label's creative director, Ennio Capasa, tapped the MySpace community to recruit diverse faces to promote his designs.

According to Capasa, "Social networking is one of the most interesting phenomena today on the internet. It represents the great change and dynamism of a society that is increasingly a compulsive consumer of communication and contacts."

Twelve dynamic individuals were photographed by Stefan Ruiz in Long Island city, Queens. The ads are set to be released in September.

Here is some more recruitment happening via the web: