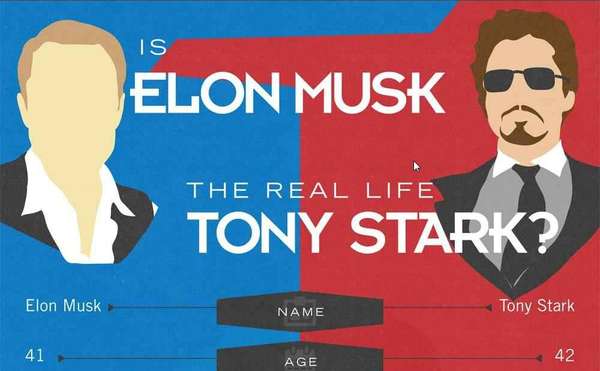 The infographic, visually split in red vs. blue, strategically lays out the similarities and differences between Musk and Stark. It is pointed out that both are billionaire Americans working in the engineering industry. Both are around the same age, similar in height and physical build.

The diagram depicts each of Musk and Stark's accomplishments, family relations and future projects. The graph also states that both have "highly publicized and tempestuous love lives."

Differences, which are the most simplistic and obvious, are also outlined. While Stark was born in America, Musk was born in South Africa. They have different hair colors and facial hair. One is a fictional superhero and the other is not.
5.5
Score
Popularity
Activity
Freshness
View Innovation Webinars