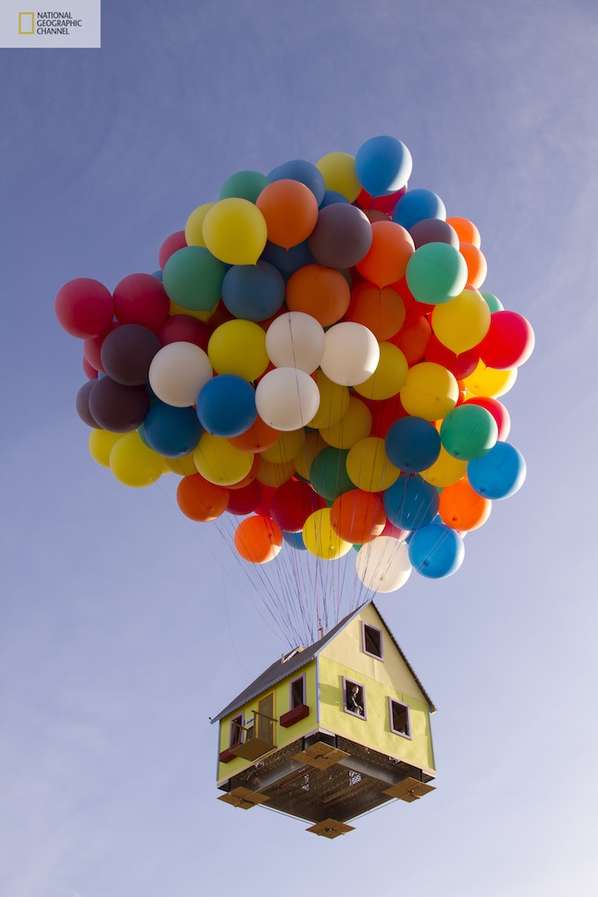 National Geographic Brings the 'Up' House to Life

The experiment, which took place on an airfield near L.A., broke a world record for "the largest balloon cluster flight ever attempted," according to mymodernmet.com. The house sailed through the sky for over an hour, reaching more than 10,000 feet into the air. Best of all, there were people inside the house while it was suspended!

The gallery shows a few shots from the real floating house project, and in the fall, National Geographic will reveal the entire event on film on a new show called 'How Hard Can it Be?'
6.6
Score
Popularity
Activity
Freshness
Get Trend Hunter Dashboard

Toy Balloons as Air Travel
Getting High with 150 Party Baloons