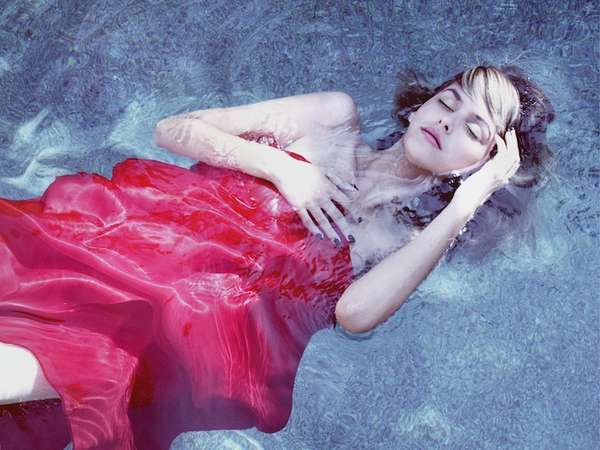 Ana Lopez — December 23, 2011 — Tech
References: raulromo & photodonuts
Share on Facebook Share on Twitter Share on LinkedIn Share on Pinterest
Judging by the quality and beauty of these images, it’s hard to tell that the artist behind these beautiful shots is a 17-year-old male named Raul Romo. Based in San Diego, Romo is a self-taught photographer who declares that he loves “the idea of creating a new world, captured in a single image, with an idea sparked from thin air.” This artistic mentality is evident in his rich portfolio.

His visual work consists of fashion shoots and personal captures, which have been published in several magazines. His images are filled with feminine beauty and emotions. His female subjects usually appear in a retrospective state where they seem to be deeply relaxed or submerged in dream-like state of mind. The lighting and the camera angles also intensify the sentimental tone of his images.

Raul Romo is a promising talent, who at such a young age is already capturing breathtaking images.
5.2
Score
Popularity
Activity
Freshness
Get Trend Hunter Dashboard