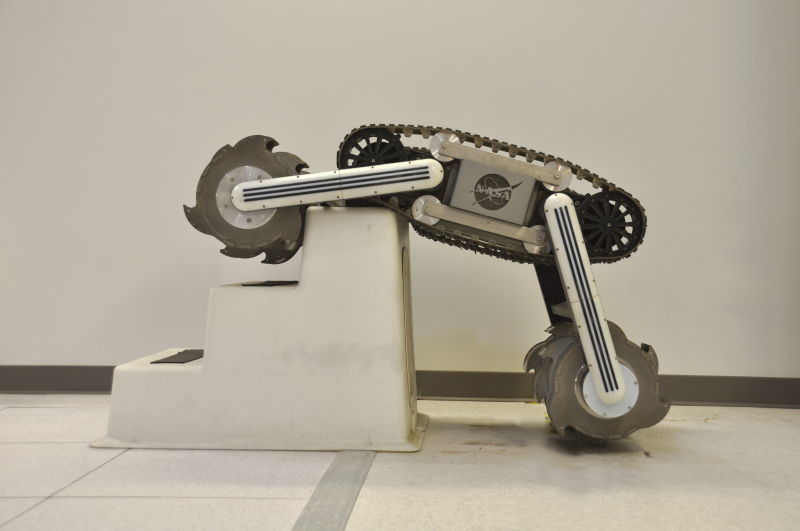 NASA is Calling the RASSOR a "Blue Collar Robot"

Joey Haar — October 6, 2016 — Tech
References: nasa.gov & gizmodo
Share on Facebook Share on Twitter Share on LinkedIn Share on Pinterest
With regular space travel becoming a more realistic concept for the near future, NASA's RASSOR is capable of doing some of the dirty work that human colonizers might not want to risk. The "blue collar robot," as NASA terms it, is a highly versatile bot that can mine materials on foreign planets to help humans there synthesize necessary elements like water, oxygen and rocket fuel.

RASSOR (pronounced like razor) was developed by NASA scientists at the Kennedy Space Center. Compared to other NASA rovers, this robot is far more durable, designed to move quickly and defend against inevitable damage. The bot can handle difficult terrains thanks to its tank-like treads and opposable arms and it is expected to be able to pull 16-hour shifts while moving five times faster than the other glacial rovers in NASA's garage.
4.6
Score
Popularity
Activity
Freshness
Get Trend Hunter Dashboard