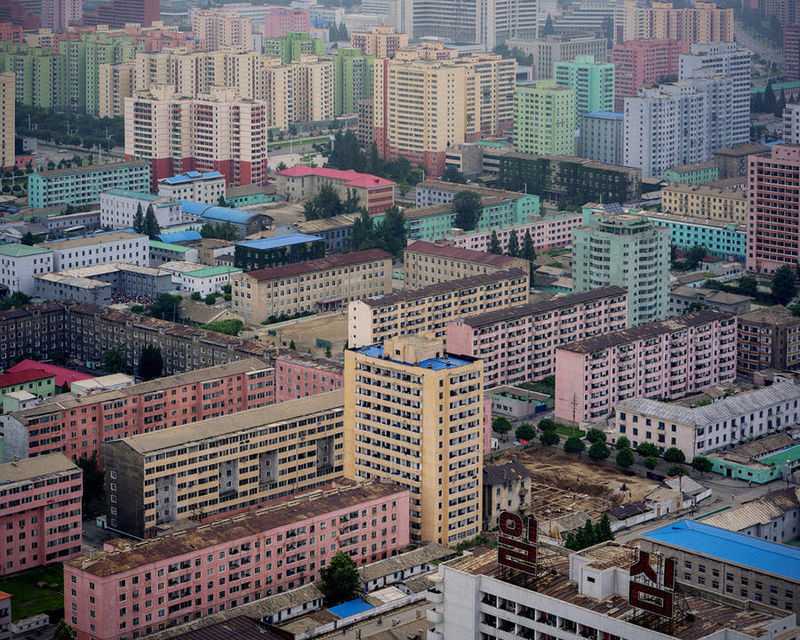 Joey Haar — August 17, 2016 — Art & Design
References: raphaelolivier & fubiz.net
Share on Facebook Share on Twitter Share on LinkedIn Share on Pinterest
North Korea is a country shrouded in mystery, with its dictatorial regime reluctant to release any information about it at all, but Raphael Olivier's photography series gives a glimpse at the buildings that populate Pyongyang, the capital and the country's biggest city.

Immediately noticeable in the series is that, though the buildings seem elaborate, well-constructed, and architecturally interesting, they lack people. While interior shots are usually populated, Raphael Olivier's exterior shots are almost exclusively devoid of any citizens. Thus, while the buildings look somewhat attractive, the scenes ultimately come off as derelict, as if looking at a ghost town.

North Korea is a reclusive nation, and Raphael Olivier's camera offers outsiders the opportunity to get even a small idea of what the country looks like on the inside.
6.9
Score
Popularity
Activity
Freshness
Get the 2021 Trend Report FREE