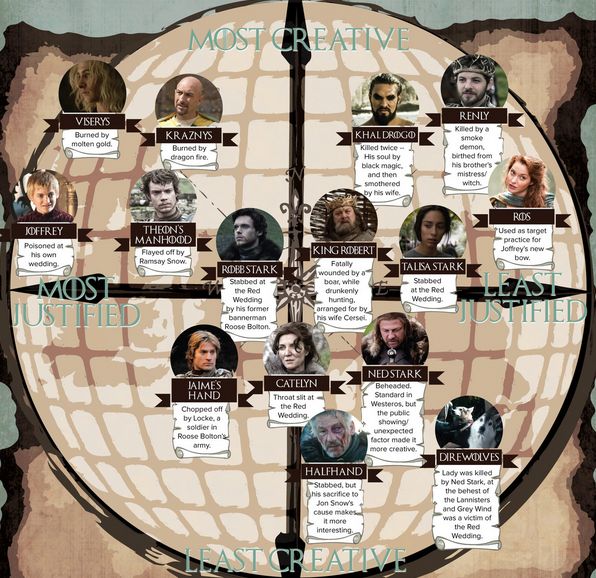 These Ranked Game of Thrones Deaths are Grouped by Creativity

Jennifer Paul — April 23, 2014 — Pop Culture
References: mashable & mashable
This ranked Game of Thrones deaths chart takes into account how impressively creative each major death in the television show is. If the show does one thing very well, it is killing people. George R.R Martin is definitely not afraid to just kill off a main character in a very interesting and shocking way.

Martin and show creators D.B Weiss and David Benioff have come up with more and more inventive ways to kill off some of their main characters. Each death in Game of Thrones is different and unique. It is not only the interesting way the characters die that matters, it is also why they are killed off. It could have been that they were simply in the wrong place at the wrong time, or sometimes it is strategic.

This particular chart ranked Game of Thrones deaths, specifically 20 of the major deaths from the show and compared them to one another. The comparison is based on how inventive they were and justification.