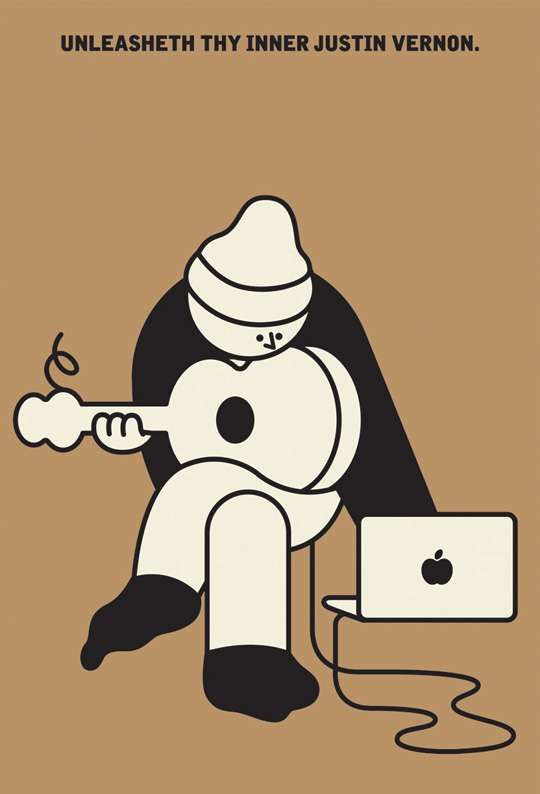 Sophia Pelka — March 27, 2012 — Art & Design
References: raminiemi & english.mashkulture.net
Share on Facebook Share on Twitter Share on LinkedIn Share on Pinterest
Rami Niemi digitally renders minimalist recounts of pop culture exchanges. His use of primary colors and thick bold lines is reminiscent of 70s illustrations, such as the Little Miss characters. Niemi's work is highly simplistic, betting on an edge of perfectionism and mathematical involvement. The works are often bulbous, playing on a round motif, which nicely juxtaposes with the sharp satirical edge of the incorporated message. With titles such as "Splurgeth sporadically on VG 90s Vinyl," and "Unleasheth your inner Justin Vernon," these pieces are definitely spunky and memorable.

Rami Niemi has often been described as a hipster. His site even reads, " He will certainly brew you a cup and treat you to a danish — if he doesn't happen to be in the nearby record shop hunting for some hopelessly knackered Proto-grunge LP." However, his harshly satirical images seem to be making more of a mockery of hipster culture than praising it. The images may be minimal, but remain highly dynamic.