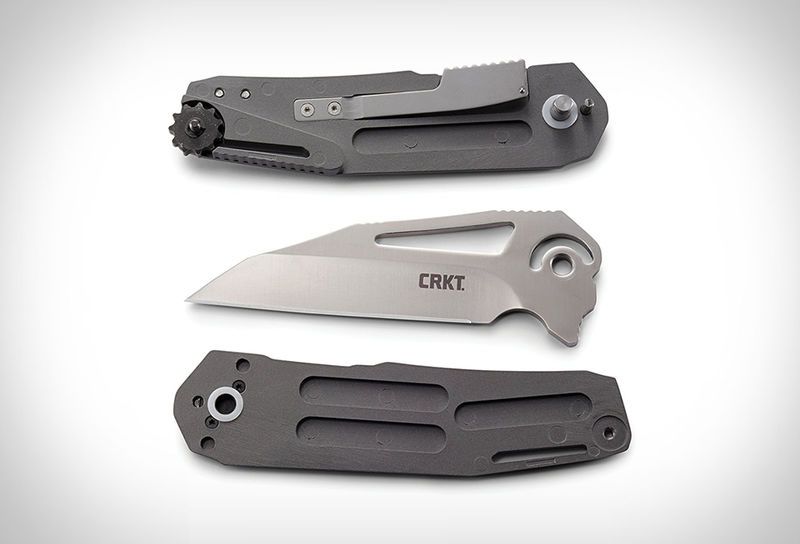 Justin Lam — February 7, 2018 — Art & Design
References: crkt & blessthisstuff
Share on Facebook Share on Twitter Share on LinkedIn Share on Pinterest
The Raikiri folding knife is an awesome pocket blade that gets its name from a mythical Japanese sword. Designed by respected knife-maker Dew Hara and constructed by CRKT, this folding pocket knife bears the name of a legendary sword that is said to have sliced a bolt of lightning in two.

The blade is built in a modified wharncliffe style, and features a stain finish and low profile flipper. Once in the open position, the locking liner anchors hold the blade in place between two cold forged handles. The opening movement of the Raikiri folding knife was designed to mimic the traditional slash of a Japanese sword, and come out in snappy and responsive motion.

The Raikiri folding knife also comes equipped with CRKT's field-stripping technology. This innovative design feature gives the user the ability to take apart and clean the knife without the use of tools. This entire system relies on a locking wheel and pivot, making the system simple and intuitive to use.