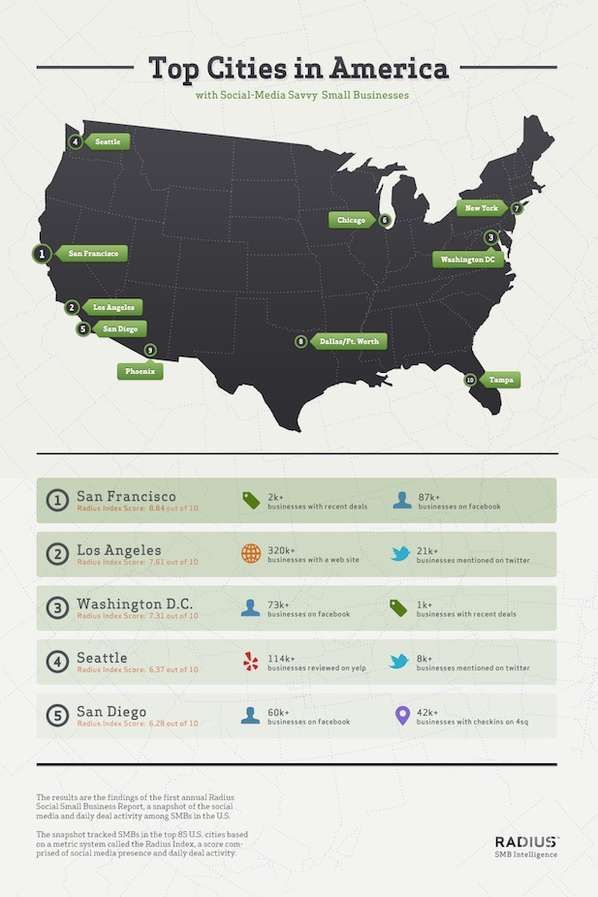 The Radius Chart Displays Where Media Savvy Businesses are Located

Sarah Nazim — July 1, 2012 — Marketing
References: radiusintel & mashable
Share on Facebook Share on Twitter Share on LinkedIn Share on Pinterest
This study by Radius displays the top social small businesses within the United States. According to the study, the top five cities include (in order) San Francisco, which is also known as Silicon Valley, Los Angeles, Washington DC, Seattle and San Diego. It seems that the West Coast cities are more in tune with the social aspects of business compared to the East coast.

Oklahoma and Grand Rapids, Michigan have the highest number of small businesses using Facebook, while Rochester, Minnesota and Buffalo, New York have the highest Foursquare check-ins. The small businesses in the top 85 cities were ranked using the Radius Social Index. Social media has proven to be an effective tool for small ventures, as it allows for deeper and meaningful connections with end consumers, and aids in growing the business as well.