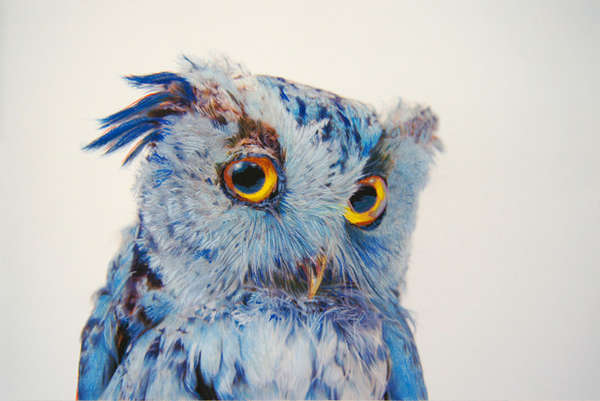 Meghan Young — November 7, 2012 — Art & Design
References: johnpusateri & thisiscolossal
The images in the Rabbit Destruction Council series are so realistic, people will think that a parliament of owls has literally been snatched from the skies and dyed for artistic purposes. They wouldn't be the first. Artists Julian Charriere and Julius von Bismarck built a bird trap that automatically airbrushed pigeons different colors. But that isn't the case at all. These owls aren't even real. Instead, the Rabbit Destruction Council series is a set of drawings.

Created by John Pusateri, who currently teaches in the Department of Architecture at Unitec New Zealand, the Rabbit Destruction Council art series was created using a combination of pencils, charcoal and pastels. Each image captures an owl's character, from the look in its eyes to the tilt of its head.
3.4
Score
Popularity
Activity
Freshness