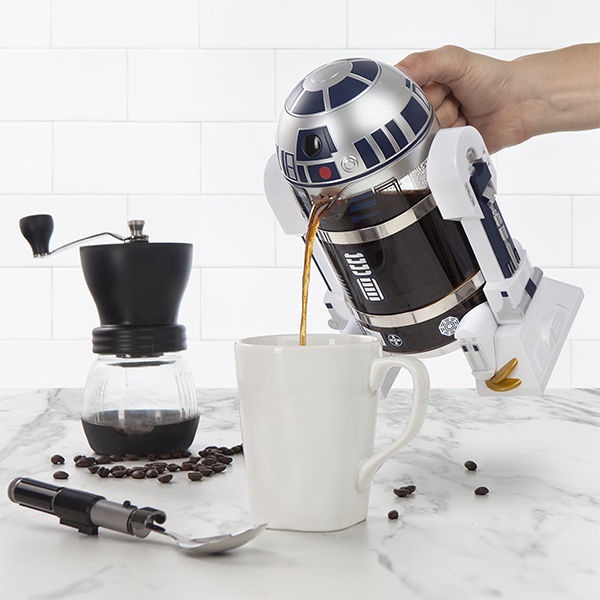 The R2-D2 Coffee Press is a Licensed 'Star Wars' Product

Like any french press, the R2-D2 Coffee Press comes with a glass cylinder for coffee, a plunger, and a fine-grain filter. However, on this press, glass cylinder is decaled like R2-D2's body and the plunger, when it rises, mimics one of the robot's compartments as shown in the movies.

The release of the R2-D2 Coffee Press' coincides with the upcoming 'Rogue One: A Star Wars Story' release. That film is part of the new set of Disney-produced 'Star Wars' movies.
5.6
Score
Popularity
Activity
Freshness
Get Trend Hunter Dashboard