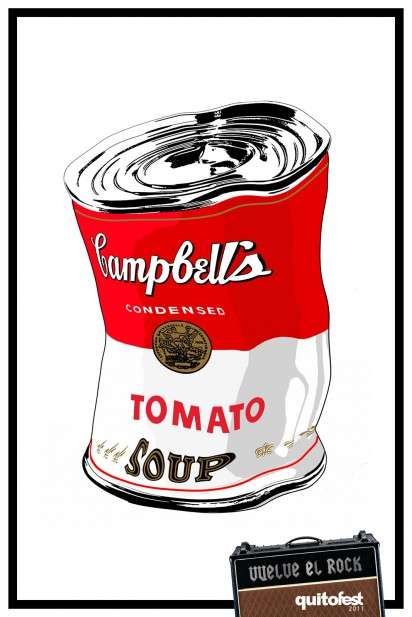 Meghan Young — August 22, 2011 — World
References: quitofest & ibelieveinadv
Share on Facebook Share on Twitter Share on LinkedIn Share on Pinterest
The QuitoFest 2011 ad campaign bridges the gap between two pop culture phenomena: pop art and independent music. As though targeting all the Spanish hipsters out there, this is filled with iconic Warhol-esque images, from Campbell's Soup Cans to Coca Cola bottles. Rendered in a rather minimalist manner, these images may not bring to mind music in any forms, but it does symbolize a movement of sorts.

Conceived and executed by Ecuador-based ad agency BBDO, the QuitoFest 2011 ad campaign was illustrated by Diego Gavilanez. Copy written by Andrés Rodríguez, each poster reads "Vuele el Rock," which means "Rock Again" in Spanish. Paired with the images, the QuitoFest 2011 ad campaign appears to not only be asking people to support this festival once again, but to also embrace an era gone.
3.3
Score
Popularity
Activity
Freshness
Get Trend Hunter Dashboard