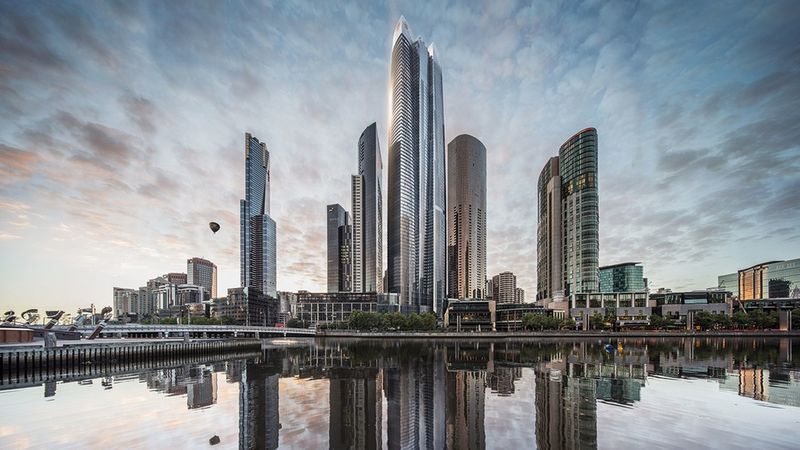 Rahul Kalvapalle — October 30, 2015 — Art & Design
References: wilkinsoneyre & gizmag
Share on Facebook Share on Twitter Share on LinkedIn Share on Pinterest
The Queensbridge Tower is a mixed-use skyscraper, that is being proposed by the Australian mega-city of Melbourne, that is being proposed by the UK's based architectural practice WilkinsonEyre Architects. This tower will be adorned by a publicly accessible restaurant that sits atop the 84-story development.

This building's proposal also calls for a luxury hotel with around 400 rooms in addition to 600 apartments. The building will also play host to retail spaces, a restaurant, lounge as well as a garden terrace that, much like the restaurant, is open to the wider public.

The Queensbridge Tower is set to be built in the Southbank area of Melbourne and will rise to an extremely impressive height of 313 meters, which is only 9 meters short of Australia's current tallest building, the Q1 located in the Gold Coast.
0.7
Score
Popularity
Activity
Freshness
Jeremy Gutsche Keynote Speaker