Queen Star Blames Women for Anorexia On The Catwalk

Top 100 Gadgets Trends in September
Next
Set of
Related
Ideas 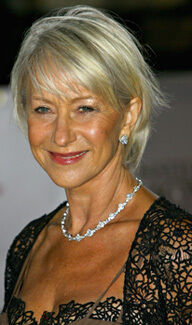 Bianca — October 4, 2007 — Pop Culture
References: telegraph
Share on Facebook Share on Twitter Share on LinkedIn Share on Pinterest
Helen Mirren piped about the issue of having unhealthily thin models walking today's major runways. The actress voiced her opinion on the stick-thin model debate after her own niece was rejected by modeling agencies who deemed the teen too heavy to be a model. Now the Queen star is concerned that initial encouragement to push her niece to model may contribute to a distorted body image.

"She is a slim, flat-bellied and normal girl. Every modelling agency told her she would have to lose weight and I felt so, so guilty, because she really didn't have to. When she got home I didn't want her to feel like that," she told the Sunday Telegraph.

Mirren points out that, unlike in past decades, women are grooming themselves to meet the aesthetic stereotype put in place by other women, not by men.