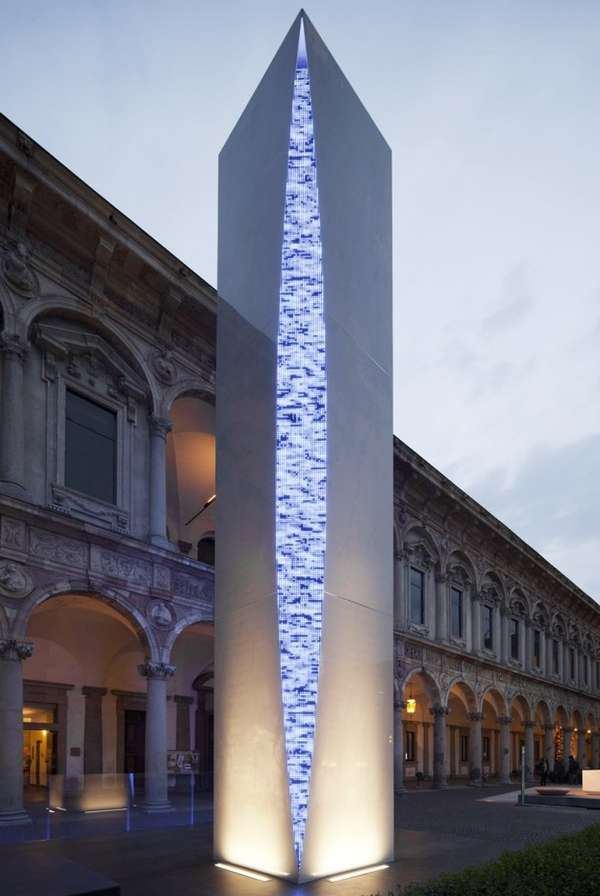 The Quattro Punti per una Torre Represents Both Tradition and Technology

Meghan Young — June 14, 2012 — Art & Design
References: iosaghini.it & contemporist
Share on Facebook Share on Twitter Share on LinkedIn Share on Pinterest
The Quattro Punti per una Torre sculpture looks like an opening to another dimension. The tall tower stands proudly as its glowing, pixelated slit mesmerizes passersby, tempting them to wonder what lies on the other side. Although this encourages only fanciful thoughts, it adds a touch of whimsy and imagination to their everyday lives.

Created by Italian architect Massimo Iosa Ghini, the Quattro Punti per una Torre sculpture is located at the University of Milan. While the sculpture itself appears to be very futuristic, it is steeped in tradition. The designer writers, "One of the most specific typologies of our culture is the tower of the nobles, which becomes civic: an Italian project, because I wanted to work on a very strong feature, part of our identity."
2
Score
Popularity
Activity
Freshness
Attend Future Festival Virtual